I strolled into my 80th year feeling as alive and vital as I have ever ...in my entire life. Read more »

Enter you email address to get the latest from Donald!

Quantum Physics and You?

Published by Donald Trafton on September 8, 2020 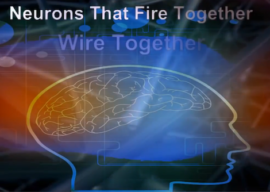 I did poorly in the physics class I attempted at University many, many years ago.
Just a reminder, physics is the scientific study of forces such as heat, light, sound, pressure, gravity, and electricity, and the way that they affect objects.

So can you understand why I just couldn’t get interested when I was 19 years old?  What did it have to do with me?

Forty years later I became very interested in that branch of physics called Quantum Physics (the study of the behavior of matter and energy at the molecular, atomic, nuclear, and even smaller microscopic levels).

It was a film called “What the Bleep Do We Know!?” (released 2004) The plot follows the fictional story of a photographer as she encounters emotional and existential obstacles in her life and begins to consider the idea that individual and group consciousness can influence the material world. Her experiences are offered by the filmmakers to illustrate the film’s thesis about quantum physics and consciousness.

While fiction can seem trivial or at least inaccurate, several prominent scientists, including Dr. William Tiller, Dr. Dean Radin and Dr Stuart Hameroff are interviewed in the film to give it more credibility. It was adequate to start me on a search for more understanding.

Some ideas discussed in the film are:
* The universe is best seen as constructed from thoughts and ideas rather than from matter.
* “Empty space” is not empty.
* Matter is not solid, and electrons are able to pop in and out of existence without it being known where they disappear to.
* Beliefs about who one is and what is real are a direct cause of oneself and of one’s own realities.
* Peptides produced by the brain can cause a bodily reaction to emotion.

I’d heard about some of these ideas before, but the way the ideas were presented in the movie made them much more real/ relevant to me. For the first time, from a scientific perspective, I learned that I (not life circumstances) am totally responsible and in control of my life. That’s powerful!

Today we follow several excellent teachers on quantum physics. One of our favorite teachers is Dr. Joe Dispenza. This 12 minute video gives a very concise explanation of using quantum physics to create our ideal life.

Let me hear your thoughts on this subject. It’s been transformational for us. 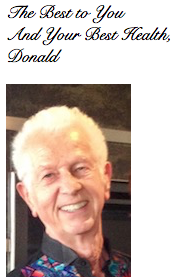